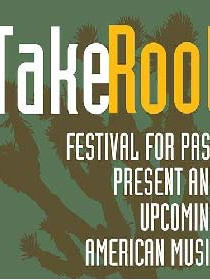 akeRoot once more offers a colorful sample of the permanently meandering stream of American music. Music festival TakeRoot is like a travel through the United States which you haven’t planned too well in advance, but would gladly repeat afterwards. One moment it feels like you’re in an urban Blue Motel, where a lonely singer-songwriter shouts out his sorrow through paper-thin walls, the next you will find yourself in a country barn filled with partying country music lovers. Next stop, you’re surrounded by rock musicians who look like they haven’t set foot outside their cavern club in years.\

Past, Present and Upcoming American Music
TakeRoot is not just a trip across the continent; it also leads you through various eras. It’s no coincidence that the festival carries the subtitle ‘Past, Present and Upcoming American Music’. The United States still is the country of extremes and a melting pot of new ideas. It’s the cradle of most great genres in popular music: blues, rock, country & western, folk, you name it. America’s music has always been able to renew itself, just like its inhabitants: rolling stones & traveling bones